My darling partner, Myahr, was right when she said that this mind-meander reads like a grab-bag of the ills of modern society.

That’s exactly how it was intended.

And, as you are reading through it, dear Reader, I would like to imagine you making a mental checklist of all the positives that you perceive as the flipsides of the shortcomings highlighted in the text.

Ready for a gentle pushback? 😉

Collectively, we are at the apex of ‘modernity’.

Standing on the shoulders of all those who have preceded them, the generations of today have acquired unsurpassed knowledge about the body and its systems.

About the cosmos, the moon, Mars and the whole universe.

And also, about all manner of aids to daily living/work and play which, of course, now pivot on an internet-based fluency born in the middle of the Millennial generation.

On the whole, over the aeons, as a human collective, we have followed those who proved themselves by breaking new ground.

Throughout the millennia, pioneers in one field or another, visionaries, innovators, transformational teachers, and hordes of entrepreneurs have managed to rise above the noise.

They followed their genius – or their passion.

And we have embraced most, if not all, their ‘creations’.

Currently, we know that it has taken many decades and many teams of scientists to create all manner of prosthetics that culminate, for now, in robotic body parts available to patients, albeit at significant cost.

They make innovative discoveries that change our perception of what is possible.

They shine a light as far back as pre-history and shine a beam into the void that might be ‘the future of life on Earth’.

They foreshadow that within a couple of decades, electric cars will be replaced by hydrogen-powered vehicles.

New findings from NASA confirm that there is liquid water flowing on Mars and so on.

But, as individuals, we know very little.

We definitely don’t know as much of what is essential to our wellbeing and survival as most Homo Sapiens knew millions of years ago.

It’s mostly done with alcohol, drugs called ‘recreational’ and others engineered by pharmaceuticals to lessen the effects of unwanted thoughts, fears, and control the urges that drive compulsive behaviour.

And with more drugs, we can manage to a degree the negative side-effects of the initial drug-based treatment.

We look at those amazing African women who sometimes walk for hours over uneven terrain carrying heavy loads on their heads in parts of the developing world.

We look at them and realise that, whether man or woman, we are not strong enough to carry more than our gym bag or satchel over a similar distance – should we be up for it.

The aptitude these women have developed confirms that it’s not ‘the load’ that breaks us, but how we carry it.

The vast majority of us who live in the ‘modern’ world do not carry ‘our emotional’ load as purposefully as these women who move as one with the water-filled pots or with the heavy bundles of disposable items atop their heads.

We don’t stitch our clothes anymore.

And, yikes! Happy to have forgotten the process of skinning an animal and tanning its hide.

Can we imagine strutting about in the skin of a … dead antelope like our ancestors did?

Reality check: much more comfortable is wearing clothes made in sweatshops by women and young children, too.

Out of sight in faraway countries, the lack of ethics and endemic abuses of these workers does not bother us too much.

As it is, most of the world’s clothing is manufactured in sweatshops, including many designer brands.

More than 2 million children between the ages of 5 and 14 are forced into slave labour.’

According to theworldcounts.com, ‘sweatshop workers are paid as little as 3 cents per hour working up to 100+ hours a week in conditions of poor air quality and extreme heat.’

Still a pittance, of course.

Reality check #1: though activists have been very active on this and many other issues, campaigning on behalf of the millions of workers who are paid shameful wages and are treated as ‘unimportant’ cattle is not as much fun for many of us, non-activists, as defacing, decapitating and setting on fire statues like that of Christopher Columbus.

Often intended as gestures of good will, symbolic actions are necessary.

They are relevant, too, but they mostly remain ‘symbolic’.

They seldom shift for the better anyone’s deep-seated biases.

Heads up: somehow, we don’t get the irony of rightfully condemning the slavery of the past while enabling its ‘modernised’ version.

Excerpt from Of Course, We care!, a mind-meander published in 2020.

Here we go: how not to gasp and recoil in horror when one hears that there are millions of more slaves being exploited today than at the time of the 1863 Abolition under US President Abraham Lincoln. According to the United States census of 1860, the total American population included 3,953,761 slaves.

Reality check #2: today, they are more than 30 million slaves worldwide. We are not talking, here, about sweatshop workers who, by necessity, are one step away from their own, volunteered enslavement.

Sweatshop workers have some rights, however minimal. They receive small wages almost in keeping with the minimum wage expectation in their area for their 50 hours of work per week, and they return to their home after work.

Reality check #3: modern slaves do not receive wages. They have neither a home nor their own accommodation. Some of them were kidnapped. Most were duped. Others were in a state of helpless dysfunction.

Either way, most of them were eventually hauled into a truck and taken far from home. Once their ID cards, papers or passports are confiscated and without a penny to their name, usually trafficked in a country other than their own, they have nowhere to go and no one to reach out to.

Bottom line: the only difference between slavery of the past and that of the present is that physical chains that used to restrain slaves have been replaced by psychological ones.

The captivity, the often brutal ill-treatment and the lack of wages are the same.

What is not surprising is that three-quarters of today’s slaves are children and women of all ages. The rest is made up of men of working ability.

From orphaned children to women and men, they are coerced into the commercial sex industry, domestic servitude, forced and bonded labour.

Reality check #4: globally known as human trafficking, this ‘industry’ generates an estimated $150 billion each year in illicit profit for traffickers and slave-masters hiding in plain sight.

Serious question: have we unwittingly, dear Reader, been enabling this multi-faceted’ industry?

Back to ‘What Are We Able To do?’, the current mind-meander.

[ … ] And so, not enough for us to, separately and collectively, consider sustainable alternatives and personal boycotts of what is not.

Not enough of us are ready to stop, earlier rather than later, from disposing of these clothes to buy more of the same fast and cheap fashion.

Not enough of us are willing to help reduce the millions of items used and unwanted in the west to swell the landfills of Ghana, spill onto its shoreline and choke the life out of its sea.

Heads up: we modern humans know that Nature’s closets are not large enough to accommodate everything intended to be disposable.

That’s not anything our early ancestors had to worry about.

The dramatic climate change that came upon them 300,000 years ago was definitely not man-made.

We don’t grow our own food.

Our food is grown by farmers who often toil in faraway lands on the other side of the world.

As a collective, Homo Sapiens knew that, on their own, they could only do so much and for so long.

They also knew that, by banding with others, they could achieve so much more.

We, modern humans, no longer have our tribe watching our backs.

We no longer have ‘a village’ to raise our offspring.

Loving as we might be, as parents, we are not often great ‘enablers’ for our children.

Our ability to maintain a clan through healthy family bonding is limited.

Another Reality check: the nurturing of our children, when nurturing there is, tends to wane once they begin to activate the personality traits that have been cultivated under parental rule.

And another: one of many direct consequences of our parenting style is that when our brain is addled, and we are feeble, most of our children are busy dealing with the twists and turns of the lives they have created for themselves – away from us.

Too many of us have also stopped believing in the power of kinship a long-long time ago.

Our ‘communities’ exist mainly in a virtual world beyond our own.

We ‘watch each other’s backs’ only for as long as we remain like-minded.

Even when it feels that nothing has changed in the world as we know it, we know that is not quite true.

Bottom line: some ‘things’ have changed.

And together and separately, let’s keep raising a brave but calm fist – as needed – where and when needed. 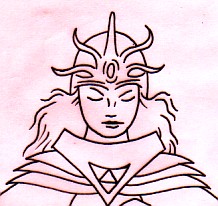