Every time we have an itch, you see, our first impulse is to scratch it, to indulge it. This works well for our pets and for all other animals but, we, humans, need to know that emotional itches should not be scratched any more than physical ones, otherwise the bites never cease to itch; they get puffy, infected, creating the extra side-effects that keep us in our blind-mouse ways, disconnected from our soul, and oblivious to the added dots of unhelpful karma that connect in our energy field.

In the absence of absolute, authentic and verifiable knowledge, when it comes to esoteric explanations and beliefs, one can only abide by what fires up one’s mind. As in all matters of views, it is pointless to insist that our belief system is the only one worth abiding by. So, what follows is simply a short list of my newfound understanding which, in time, will probably become ‘my’ new found belief.

Sure! My soul is looking down the barrel of an ongoing cycle of incarnations, along with most of the souls currently incarnated which, for our souls, amounts to nothing less than an endless string of life spans spent in captivity, with a disorientated sort of ‘feeling’, even though in the eternal spiritual realm, lifetimes are over and done within the blink of an eye.

Our soul can suffocate over time. When she does, we become terminally ill, psychotic, or chronically depressed because she has given up hope of any karmic amendment from us, and she is sinking. It has to be understood that matters of the soul can only manifest themselves to us at the mental/physical levels – how else would we take notice?

As long as we react from an automated response system, what we put out comes back to bite us on the tail, and we complain about our bad luck and the futility of life. Our souls cannot exist independently from our thoughts and our deeds.

What we sow, they reap. Karma is our personalized balance sheet. Unlike our bank statements of old that were keyed in by a human, the spiritual tabulator of our consequences is infallible.

Here is a quick checklist that recaps essential soul-facts, as I currently understand them.

Point to remember: the more evolved we become – the thinner, the more sensitive our energy field becomes. The more powerful, too, because it is cleansed of [gross] low-frequency vibrations.

Imagine how much better our old car would run if we treated it to more than the humdrum grease and oil change and kitted it out with a new carburettor complete with its assortment of pumps, valves and tubes? Yudit might well be right when she says, “It would fly!”

Après moi, le deluge [After me, let the deluge come i.e. come what may] the French phrase usually attributed to Louis XV, but that might actually have been spoken by Madame de Pompadour, represents the antithesis of how we need to concern ourselves with what will come to pass … after we are gone.

In fact, the most important thing – the one over which we have the most control – is to not create any new karma for whoever will inherit our soul, once we shuffle off our mortal coil.

I am going out on a limb, here, thinking that, if this were to be true, then, a mass murderer’s actions might be prompted by an ego persona that is unusually powerful – but diagnosed as having a severe mental condition. Having said that, I do believe that a soul – which is constant, pure energy – cannot deliberately lead the ego-persona to commit a heinous crime.

I suspect something similar happens with individuals who are overly charismatic. They enslave those of their followers who depend on them for a sense of personal worthwhile they, themselves, are often deeply miserable and misguided human beings.

Thinking out loud: Imagine the cacophony of a nearby flock of parrots drowning your words. Extreme doses of that sort of erratic clamouring lead some individuals to robotic, dead-heart behaviours that, on the surface, appear totally incomprehensible. How, indeed, to hear Soul’s whisper over din and turmoil?

What our civilization amounts to is some 6+ billion worth of egos going about their business as usual, while some 6 + billion souls are suffocating, only able to whisper or weep but, mostly, I suspect, they are asleep. Gaining realization through successful karmic ‘edits’ made by the ego-persona is sublime. At its best, it is about uniting with the highest energy there is and becoming whole. For our soul, it is the final Homecoming – the end of her incarnation cycle. Free at last.

As ego- personas, each one of us can only aim for some sort of evolution. We must set ourselves goals. We must go beyond dreaming, beyond wishful thinking. We should open ourselves to the challenge of hearing our soul’s whisper over the din of our existence, but, gently, gently. As Yudit likes to remind me, “Too high a voltage in too small a bulb and the bulb  explode.”  And the only way to safely increase the capacity of ‘the bulb’ is to be monitoring ourselves, our spikes, how our buttons are being pushed in our present moments. 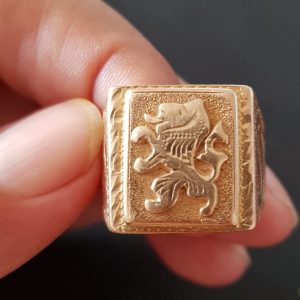