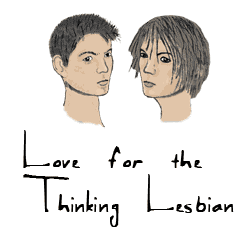 English teacher by day, writer of lesbian romance with a definite penchant for social realism by night, C.C. Saint-Clair was born of French parents in Casablanca, Morocco. Saint-Clair is a native French speaker, although she completed her formal education in the United States at The University of Texas, majoring in English literature. She currently lives in Brisbane, Australia, the setting of the series that kicks off with Risking-me. She loves rollerblading on the bank of the Brisbane River at sunset. She has had seven novels published since 2001.

Unlike her character Alex, whose feelings of loss, regret, anger and loneliness have been folding her inwards since separating from her younger lover, Tamara, Saint-Clair is happily settled with her partner of many years. Just returned from a challenging trek inside the jungles of Borneo, Saint-Clair is currently looking for a producer to take the screenplay adaptation of Morgan in the Mirror to the big screen and in a big way.

I have to let you know that I found Morgan in the Mirror very poignant and thought-provoking.

All my characters are really close to my heart. Though they are only figments of my imagination, I know that the pain they undergo is a real-life pain and that many thousands of strangers I will never meet are going through a similar sort of pain – be it the agony of an in-love, in-lust pain that Emilie feels in Risking-me, the agony of teenage survivors of incest like Marielle in Jagged Dreams, the pain of an emotionally damaged 22-year-old who ends up blowing a fuse in a major way, or the agony of Morgan’s circumstances. Having said that, Morgan being my latest “baby,” I have had to be much more protective of him than of my other characters, particularly because his personal circumstances often fail to attract sympathy, let alone empathy.

You’ve already been dubbed in the course of your career as The Thinking Woman’s Lesbian Romance Novelist, so I felt compelled to create a Thinking Woman’s Interview. Why do you think you have been given this esteemed title?

I’d say it might be because of the introspective nature of my main characters. The tag is probably, too, in reference to the fact that, particularly so in the four novels of the Risking-me series, each sensually-charged plot is embedded within an urban tale of emotional survival, providing food for thought along with “food” for the senses. Besides, I find that sensuality, desire, lust, and sometimes even eroticism blend well with plots that are realistic and gritty even if at times confronting.

It’s been said you are as passionate about the sensuality of your writing as much as about exposing readers to the emotionally harsh landscape that you believe is the real-life backdrop against which many women have to struggle. For those of us now discovering your books, give us an idea of what types of stories and characters you like to write about, and why?

When a reader of romance picks up a novel, she is not in the mood, not at that particular moment, to be exposed to hardcore docu-drama material. But my aim simply being to entertain in a thought-provoking way, I assume that the reader will latch on to the core issue if the plot is honey-coated with moments of vibrant sensuality. For the woman who has suffered in her flesh and mind any aspect of the issues flagged in a particular novel, it is my hope that, as she reads on, she not only relates to my characters’ struggles, but feels that her circumstances have been recognized, and that she turns the last page feeling empowered and perhaps even vindicated. My “heroines,” unlike traditional characters of romance, always rescue themselves.                                Their quest is emotional fulfilment within their ordinary lives and the irony is that within this simplicity lies the complexity of life and love’s role in defining it.

With your most recent book, Morgan in the Mirror, you step out of your comfortable pattern of writing lesbian novels with a common thread to introduce Morgan, a transgender female-to-male struggling with his desire to define himself as a man. What was the inspiration for bringing Morgan into this established series of books to tell his story?

It all happened quite accidentally during a dinner conversation with a couple of my friends. At some stage, one of them mentioned a friend of a friend who identified as an FTM. “As a what?” was my immediate question. Ready to embark on another “woman’s” journey, I began research on my new character’s circumstances that same night.

As an avowed lesbian who loves women and has no gender dysphoria yourself, writing this book must have been an enormous reach for you. What was the extent of your research required to make Morgan a believable and sympathetic character?

The research was necessary for factual information in regard to gender dysphoria, hormone therapy and chest reconstruction. But what I tried to inject into Morgan is empathy born out of an understanding for all “women” who share his station on the gender continuum. For the anecdote: as an avowed lesbian, as you say, one who has only ever loved women from the tender age of 17, raped some three years later, and who has no understanding for the subtleties of heterosexual sex, imagining Morgan’s male, post-transition, sexual moments with Christen in a sexy, sensual way (some have since said erotic) provided me with an unforeseen challenge of ‘lateral’ thinking, to say the least.

One lesbian reader wondered why you’d write such a story, and wrote, “A freak is a freak is a freak. A chick who’s not happy even being butch and who wants her bazookas chopped off is a freak.” How would you answer this reader?

I think it’s safe to say that in our big cities, our towns, big and small, homophobia is alive and well. The term “gay bashing” has not yet become obsolete. And I suspect that anyone’s homophobic actions stem, if not from a streak of stupidity, then from the much-documented, ingrained fear of the unfamiliar. The French say, “One shouldn’t die stupid.” It clearly suggests that what you don’t know about, you can always find out, and be a better person for it. I think it’s a great saying.

More kindly, I would also have said that I wrote Morgan mostly for women like her, dykes who make life difficult, some times extremely so, for the FTMs within our queer community – who would, for the most part, simply welcome an ounce of our understanding and a pinch of our friendship. As my mother used to remind me in regard to people I didn’t immediately take to: “You don’t have to marry them, darling, you just have to be nice to them.”

If you could sum your message into one sentence, what would that message be?

Perhaps simply what I remind myself every morning – that my life has for the most part been safe and comfortable, but how different a person might I have turned out to be if my karma, this time around, had placed me in Jo’s, Jill’s or even Marielle’s moccasins? Even in Morgan’s? Would I have had the strength of character even to want to survive any of their ordeals?”

I understand you have already released the second edition of North and Left From Here (Take II). What do you want your readers to know about this latest book?

North and Left from Here is where it all began. In a sense, I could say that by now, I am miles away, north and left, from that night early home from The Cage and that (Take II), released only last year, is about having the rare luxury of a second chance to improve on things. I began writing the manuscript here, in Australia, some 10 years ago but left it dormant during the years I lived in Paris.

North is a tad autobiographic. Like Alex, at thirty-five and a half, feeling old and ‘past it’, I found myself not just alone, but terribly lonely and terribly … stuck. Flitting back to memorable past relationships only exacerbated my longing for a real-time connection. But there came the day when like Alex I promised myself that I would not succumb to the old habit of relying on quick-fix Band-Aid affair to dig me out of my desert of the heart, emotional rut.

Pam Harrison is a professional and freelance writer and resides near Fort Knox, Kentucky. https://www.amazon.com/House-Muses-Phokaian-Pam-Harrison/dp/0981650007