Once upon a time in the most beautiful part of the forest lived Little Moomba. All who loved her called her Little Moomba because she was little, she was cute and she had a big heart, which is what Moomba meant in her people’s language. Many were the ones who loved Little Moomba.

On the outside, Moomba was still little, she was still cute and she still had her big heart. However, as far as Porree, her little furry monkey, and everyone else could sense, on the inside she had become a different person. Little Moomba clearly felt how everyone was frightened away by the sudden violent roars and nasty words that appeared to come out of her – even Pooree would scurry away, covering his ears with his little brown paws.

In the three hundred and fifty bones that had made up the skeleton of Mean Spirit when he was a baby, there was not one single love-bone in his body. As a result, by the time he learnt to walk, his body had developed an allergic reaction to kindness and affection. Greasy and grey pustules erupted all over his back any time he was not quick enough to shoo away, as if it were a pesky rat, whichever words of kindness happened to be intended for him.

Each time his back erupted in greasy, grey pustules, each time Mean Spirit became quicker and more effective at shooing away not just words of kindness but also very friendly, affectionate presence. In time, every mark of love, care and affection that still dared to flutter around his head was morphed into an unusual sort of aggravation that released foul clouds of toxic gases. Kept captive and constricted deep inside this festering body, the real Little Moomba could hardly breathe.

What no one knew was that under Little Moomba’s lovely dark hair, the Mean Spirit had embedded tiny little horns. No one could see these little horns under her hair, but she knew all too well that they were there. Every time Little Moomba’s hand brushed over one of their hard tips, she cried and cried some more. Mostly, she cried at night for she was afraid Mean Spirit would hurt her if he heard even a whimper out of her.

There were moments when Little Moomba wished hard-hard that everyone would stay away and leave her alone, totally alone. She didn’t want to feel responsible for their disappointment in the  new Moomba or for their sadness. One day, it got all too much for her. She was so lonely that she wished for a quick death, the only way, she thought, to escape from the nauseating body of Mean Spirit. Death would put an end to her scaring away all the ones who kept returning to her because they still loved her, even in spite of the glaring, big, black smudge that covered her eyes.

Porree would be adopted by someone else and he would be much loved. Of that, Little Moomba was sure. Death would put an end to her loneliness. Little Moomba curled up in a little ball and waited. That day, Mean Spirit knew he had won – he became unstoppable.

The story could have ended here, but it didn’t.

From deep within the forest, one night near dawn, a unicorn appeared. As white as snow was Re-em’s powerful body. The length of her long horn glinted as the moonlight prepared to slide out of sight and make way for the morning sun. The thick, long tufts of fine silvery fur that adorned her neck and her rump swayed and swished as she moved.

Re-em, the unicorn, trotted directly to where Little Moomba was curled up inside Mean Spirit’s gaseous body. She noted the black mark over her eyes was as clearly defined as the dark mask on a racoon’s face. Moving her front hooves as hammers, the unicorn shook the mattress. As if they had a life of their own, the thick silken threads of her mane billowed around her as watery wings. Mean Spirit jumped up with such a startle that Little Moomba lurched deep within.

His gaze focused on the sturdy body of the unicorn, on the gleaming sword that was the horn on her forehead. Mean Spirit cringed away from the thick and heavy rearing hooves. He backed up against the wall, too afraid to even breathe, but blinking dumbly, he fearfully scurried to shelter behind a cupboard.

Black Glare began to lift himself off Little Moomba’s eyes and somewhat fade away but, at the last moment, he resisted. He did not disappear completely. The unicorn reared on her powerful back legs. She was in no mood for a compromise. Her mighty sharp horn was bent towards Black Glare.

“Don’t even think of it, Black Glare! Obey now! Remove all of yourself from her face. Remove your foul smell from her lungs. Take all that is toxic away from her thoughts! Peel it all off and take it away with you! To the last smudge! This instant! Before I run my horn through your miserly self!”

Black Glare turned very pale. Mean Spirit belched and belched again releasing with each new belch a stinging cloud of poisonous gases. He was rent in half by this cataclysmic activity raging inside him. With two gnarly hands, he gripped the side of the cupboard behind which he had taken refuge and hunkered down.

Finally, out of all of the gases belched from the depth of Mean Spirit like out of a nebula, out came Little Moomba. She rubbed her eyes. They were red and swollen, but tears of gratitude rolled down her cheeks. She reached for Re-em’s silver fringed neck and hugged it with all her might.

“Never mind that now,” replied Re-em gently. She nudged Little Moomba with her white nose. “Go to all those who love you. Go to your little Poree. They have all been waiting for you for a very long time, Little Moomba. Together with them, you will be strong. No need to fear either the present or the future which, itself, is already presenting under your feet. As for the past, it no longer exists anywhere. Go to them with peace in your heart, Little Moomba, and you will never be lonely.” 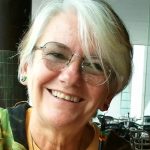