The novel that launched the ‘undisputed mistress of the sensual lesbian storyline’ and the Alex Delaforet series.

What got me started?

Many years ago already, I came home feeling particularly jaded from a night on the scene.
Though I had never kept a diary, I picked up a notepad and jotted down flashes of discomfort related to the alienating nature of the night’s experience.

The following day, I found myself fleshing out these snippets of raw emotion into full sentences and paragraphs, which later became the opening chapter of Thirty-Five and a Half, later renamed North and Left from Here.

I took to this stream-of-consciousness style of writing like a duck to water; just like I had latched on to my lesbian identity at seventeen – and never looked back.

Once I had completed the manuscript for North [first titled Thirty-Five and a Half [according to my age at the time] friends came up with the notion that, surely, there would be many women out there who would relate to my mind-meanders and they urged me to keep on writing and to consider publication. And I did just that – I kept on writing.

From North & left [Take II], I moved on to Benchmarks and began work on Silent Goodbyes.

Then came Jagged dreams, Far From Maddy and its sequel centered around an empathetic FTM character, Morgan in the Mirror.

On that topic, though I am, of course, very partial to FTMs, it is so good to see how the transgender community in general has been gaining acceptance over the past 10 years.  When I wrote Morgan in 2004, FTM gender dysphoria was still a very obscure condition of which very few of the ‘unconcerned’ knew anything about.

Even as Morgan tried to convince her mother that the chest reconstruction she was about to undergo was definitely NOT a mastectomy – that it would eventually leave her with a ‘male chest, with muscles, real ones, that she would develop and strengthen at the gym like any other male’ – she could not have imagined that one day, an FTM called Aydian Dowling, would be runner up for the 2015  cover of Men’s Health magazine!

It is around 2006 that I chose to dedicate my writing entirely to All Matters of the Soul.

I have since published many articles, some of which have been revised and gathered in the first two books in the series Stepping Stones To The Top Of The World [volume 1 and volume 2]

Volume 3 is currently under way.

Little did I know that night, many-many years ago, as I typed the first paragraph of my first novel that North and left From Here would actually lead to a serious shift of … passions 🙂

In any case, to this day, I still use my musings and personal challenges as triggers for research and article-writing, trusting that they might connect, ripple and resonate at a personal level through the rich spectrum of readers ‘out there’.

More on North & Left From Here [Take II] Then & Now 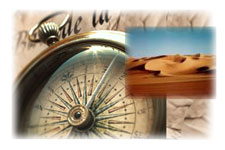 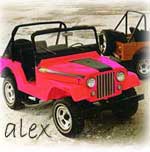 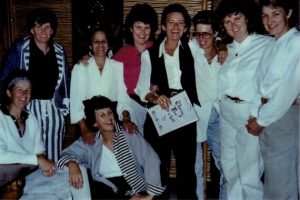 Circa '89 - Celebrating with my dearest friends and Mom the completion of Thirty-Five And A Half, my 1st manuscript [destined to be renamed North & left]  :-)